BOULDER, Colo.  - Feb. 4, 2016  -  PRLog -- In an action that is unprecedented in the history of recreational skydiving, Parachute Systems of Durban, South Africa is replacing hundreds of skydiving harnesses and containers due to a one-time component issue. One flawed piece of hardware discovered in early January has led the company to offer to replace every one of their products with hardware from the same source.

“This is amazing,” is the response from world renowned skydiver Roger Ponce de Leon. “This is like General Motors discovering one flawed tire, then offering to replace every car with that type of tire.”

While there is no indication that the problem extends beyond the one piece of hardware, the company decided within days to take the unprecedented step of replacing all of their products with similar hardware.

“I am a skydiver and I’m committed to my fellow skydivers to do everything possible to provide them with the safest and highest quality equipment,” says Parachute Systems founder and president Chris Dales. “We could have done a number of things that would have been less expensive, but we are committed to honoring our commitment to our customers. Everyone affected will soon have a brand new harness and container.”

This major undertaking is being made possible in part by immediate and close collaboration between Parachute Systems and the manufacturer of the hardware, Daesung Forge of South Korea. “Daesung Forge has been honorable and professional in responding to this matter,” states recall administrator Colleen Renew. “Daesung is a highly regarded member of the skydiving industry and they have responded as such. They too are committed to the safety of skydivers worldwide.”

Parachute Systems is significantly increasing their production capacity at their facility in South Africa in order to meet the needs of the replacement effort and provide their customers with their new equipment as soon as possible.

Founded in 1984, Parachute Systems (formerly Chute Shop) was founded by Christopher Dales, an avid skydiver and longtime competitor. His vision was to manufacture high quality, safe, innovative and affordable skydiving equipment for skydivers around the world. Parachute Systems is one of the few manufacturers in the world that produces a complete system, comprised of the harness container as well as main and reserve parachutes. Parachute Systems also produces complete military combat systems.

Team CRWSADERS are a British Canopy Formation team using the Parachute Systems Vortex containers with the dynamic corner options. Team Captain Pete Thornton comments 'we chose the Vortex container as it provides reliability, durability and is absolutely fit for purpose for the competitive CF jumping we do, not only that but they look and feel great on'. The team compete at National and International level jumping and training in the UK and abroad. The team chose the dynamic corner option to support on heading openings at sub terminal speeds.

*This is a huge honor and I am very proud to have received this recognition from such a prestigious organization. I feel very privileged to have been able to work and be involved in the sport that I love and with the skydiving community who have been such loyal and great friends to me and Parachute Systems.”

Dales is an avid skydiver and started his “pursuit of freedom” in 1974. He has represented South Africa in nine world championships. Dales’ interest in making parachutes and related gear was formed and initiated in Paris where he trained with Parachute de France for a year. He also obtained his master rigger qualification in the United States of America shortly after leaving France. He is also a PASA Master Parachute Technician and Evaluator.

Dales is constantly evolving and re-designing his products to stay current with newer trends and directions in the sport. Dales makes sure of it that Parachute Systems offers its customers a unique, outstanding quality, competitively priced, TSO licensed, all-inclusive system that is clearly distinguishable.

Parachute Systems is based in Durban and started in 1984. The Company takes great pride in being the only fully owned and operated skydiving manufacturer in South Africa.

Dales’ thanks his success in his career to his ‘loyal friends” in the skydiving world who have kept his product visible in their own endeavours and adventures and in their pursuit of freedom! 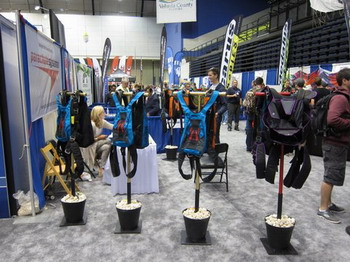